Bizarre Hotels of the World 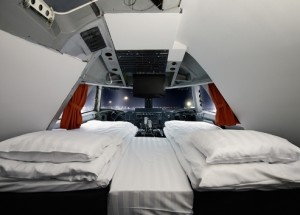 We all normally stay in the traditional hotels which has square room with four walls. There are few hotels which are not quite traditional and so they are called Bizarre hotels. Stay in such hotels and make your travel memorable. Here are lists of few bizarre and the weirdest hotels of the world:

Most of you must have boarded Boeing 747 many times in your life. It is the same Boeing 747, a big jet which is retired and now transformed in to most desire bizarre hotel of the world. It is the first property ever built on 747 jumbo jet with 75 beds in 27 rooms. There is a suite room available in the cockpit area of this jumbo jet. 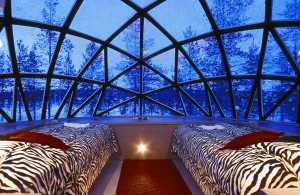 The hotel is located in beautiful landscape scenery near the Urho Kekkonen National Park, Finland. During winter season they made igloo village here. It is opened in the month of December or January and remains open until the end of April weather permitting. Apart from the traditional snow igloos, there are fantastic glass igloos here, which are really quite impressive and weird at the same time. Anybody staying in a glass igloo can get the unobstructed view of the aurora borealis right from the bed. Aurora borealis is the event in which a night sky turns into glittering shades of red, green, and blue especially in between August to April. The glass igloo is made up of a special type of thermal glass that does not frost even in the outer temperature of 30 degrees below 0. 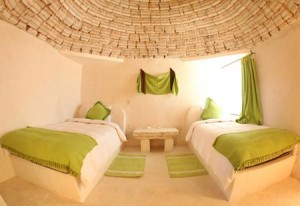 The Palacio de Sal hotel also known as Palace of Salt in English is built of salt block. It is the largest flat of salt in the world. Salar de Uyuni is a popular tourist’s destination which attracts travelers from around the globe. This place has shortage for the materials used in construction, the only thing they have in abundance is the salt. It was first built during the years 1993 and 1995 and soon became very popular among the tourist. However, because of some sanitary problem in the area where it was built, it was later dismantled in the year 2002. This lavish Salt Palace is situated on the Bolivia’s vast salt flats, and it is completely made of the mineral. Believe it or not but starting from floor to ceiling, walls, furniture all are made of salt. Interesting, Isn’t? 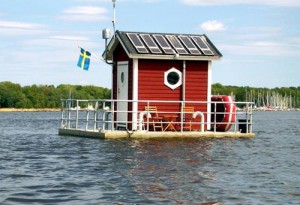 Where: Västerås, Near Stockholm, Sweden

At first instance this single room hotel will look like to be a small house made in the middle of the water body. Well, that is absolutely not so true what it seems to be by its appearance. Actually, the hotel room is 10 feet under water. It is built on a Swedish Lake near to Stockholm. The hotel is the creation of Mikael Genberg, who is a local artist and a sculptor. The room in this hotel is lying 3 meter below the water level of Lake Mälaren and it has only twin beds and a table. No electric supply but there is lighting and a portable gas heater. 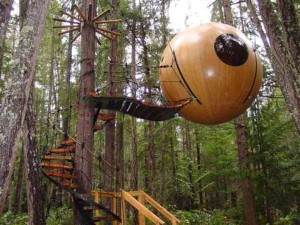 Free Spirit Spheres hotel is more like a tree house but in a little different way. It is located in the midst of tall trees of western rainforest of the Vancouver Island in Canada. These spheres shaped rooms are handcrafted and are hanging from a web of rope. It is truly a weirdest hotel of its kind. It is spread on 5 acres of land consisting of 3 pods which are built of cedar wood, fiberglass, or spruce. The pods are hanging 10-15 feet in the air. One can go inside the pod by the winded staircases made around the trees. The interiors are well heated and comfortable and are equipped with modern facilities. Well, one thing to be noted here is that the pods swings a bit.

This entry was posted in Hotels and Resorts and tagged Hotels, Resort. Bookmark the permalink.