5 Coldest Places on the Earth 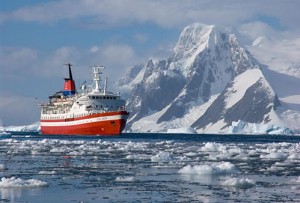 Enough of this cold winter weather now. We often feel uncomfortable and dislike the coldest month of the winter and hoping for the spring to come fast. But do you have any idea how much cold does the coldest places on earth are experiencing every winter. It is nowhere near of what most of us experience even with the record breaking low temperatures. With our lists of top 5 coldest places on earth you will definitely going to feel the chill of it.

Check out the lists of top 5 coldest places on earth which has a recorded low temperature till date.

And the first position goes to our beautiful Antarctica. Well, it is not only the coldest place, but is the windiest and the highest continent in the world. The Vostok Station, a Russian research station which is located in Antarctica has recorded a lowest temperature on earth. The record low till date was -89.2 degrees Celsius. Antarctica receives least amount of rainfall on earth just next to the Sahara Desert. Typically saying Antarctica is a desert because of the fact that it receives less amount of rainfall even though it contains largest amount of ice in the whole earth together.

Antarctica again holds the second place on the list. Plateau station of Antarctica has recorded to be the second coldest places on earth as recorded. It is the place which is home to cute penguins and seals. Off course it is not a dwelling place for humans. But you will find plenty of whales, penguins, seals and other sea animals and plants. Scientists and other research staffs come to this land to learn more about the earth’s history and weather. It is one of the wildest and the loneliest regions of the planet earth.

Here comes the Russia, which hold the third place on the list of coldest places on the earth. Oymyakon is a small Russian village which is located along the Indigirka River, and hidden between the two mountain ranges. It has the population of approximately 800 people. This place was first founded by the Mongols at the time of Genghis Khan. It is the presence of some natural hot spring which keeps the water little bit warmer.

Greenland holds the 5th place on the list of coldest places on earth. It is also known as the coldest region in the Western Hemisphere. This place is a British research station in the middle of the Greenland ice sheet.

This entry was posted in Interesting Facts and tagged Antartica, coldest, Greenland, Russia. Bookmark the permalink.