5 Beautiful Trekking Routes of the World 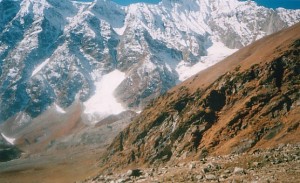 Trekking requires great deal of fitness and planning. It is not possible unless you are serious walkers or hikers. If you think you are fit for trekking, here are the list of few beautiful treks around the world which you can consider doing.

The Inca trail is one of the most famous trekking destinations located in South America. It is a 33km (20mi) trail which was laid by the Incas habitats. The trail heads starts from the Sacred Valley and go up to the Machu Picchu. It is a winding trail with several ascents and descents and turns around in the mountains. It crosses 3 high passes on its route. Amazing beauty of the white-tipped mountains, forest, and the paved stones on the way by Incas will take your breath away.

It is one of the most challenging treks of around 170 km (105 miles) which takes around 12-15 days to complete.  It is being estimated that only one-third of the hikers who attempted were able to complete all the stages. However, it is one of the most spectacular mountain landscapes in Corsica.  It consists of series of ascents and descents with tough and unpredictable mountain weather. It comprises of forests, glacial lakes, windswept craters, torrents, peat bogs, snow-capped peaks, and beautiful plains.

Everest Base Camp, Nepal is a 3 week trek which is extremely popular and difficult trek that anybody would plan to do so. It reaches to the height of 5,545m (or 18,193ft) at Kala Patar which provides a grand view of the Mount Everest – highest mountain in the world. Besides its difficulties and challenges, this trek route provides one of  scenic and gorgeous view of the Himalayas – its glaciers and beautiful valleys. One of the great things about completing this trekking is that, you can say that you trekked to the base camp of the world’s highest mountain.

The Haute Route was made around hundreds of years ago. It was established as a high mountaineering route which linked Chamonix and Zermatt, two of the Europe’s leading mountaineering centers. Later it was developed into ski route and now it is high-level mountain treks. It is one of the highest and most scenic trekking routes of the Alps. It takes around 2 weeks to complete.

K2 is the second largest peak in the world located in northern region of Pakistan The passage of ice leads to the huge peak of K2 which is at 8,611m high (or 28,251ft). Along the way of the trekking route, you will see unparallel scenery of the mountain, passes, and valleys.

1 Response to 5 Beautiful Trekking Routes of the World