5 Best Places to Visit in Cyprus 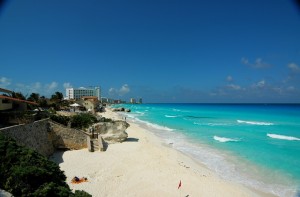 Cyprus is a beautiful holiday destination in Mediterranean. It is fun place to visit in any season of the year. The culture of Cyprus is mostly influenced by the Western Europe despite of its close proximity with Asia and Africa. It has been one of the oldest sites of the human civilization. Archaeologists have found remains of the humans from the prehistoric time, from the Stone Age period.

Here are our lists of 5 best places to visit in Cyprus:

The Paphos Harbour and Castle are one of the top attractions for the visitors all the year round. It is a beautiful site with amazing views. People here take a walk around the quay and visit cafes and fish restaurants which are abundant here. You will find the remains of castle which are dated back in 1391 that was once demolished by the Venetians. You could reach there through a small bridge and the view from the top is really amazing. From this harbor, you can also take a boat tour to see the surrounding beaches and the beautiful coastline.

The history of Cyprus is very rich as it was ruled by many emperors and dynasties. And no visit is ever completed without a visit to its historical sites. Among many rulers, the Romans were the most powerful and you will find remains of the Romans lying on this island from the period of the Roman Empire. The Odeon amphitheatre, and the house of Dionysus are some of the most important and famous ruins you can see from the Romans period. Visitors can also see the ancient Roman homes which lined the harbors of the Cyprus.

The ancient Curium and the Kolossi castles are located in the Limassol area. The sites of the Curium is said to be dated back in second century AD and that of Kolossi castles are from the 13th century. These structures are best examples of the wealth that was found in the history of Cyprus. The ruins at the Curium are one of the most spectacular scenery by the sea and also one of the most amazing archaeological sites in whole Cyprus.

Cyprus offers some of the most beautiful beaches of the world. It is one of the most relaxing way to enjoy you stay in Cyprus. Beautiful sunshine on maximum days of the year and several beach activities makes Cyprus beaches an ideal place to spend some quality time with your family. Alagadi Turtle Beach, Escape Beach, Curium Beach, Fig Tree Bay Beach, and Pissouri Beach are some of the best beaches in Cyprus that is worth visiting.

This entry was posted in Trip Ideas and tagged Beaches. Bookmark the permalink.

2 Responses to 5 Best Places to Visit in Cyprus