Luxurious Train Experience of the World 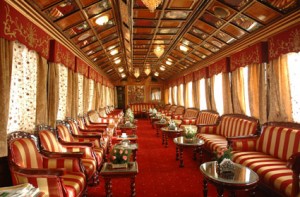 Over the years, the popularity of the pleasure rides in the trains are increasing day by day. Here are the list of some of the most luxurious trains of the world:

Spending a week on this most luxurious train travel of the world is beyond any imagination. In its one week trip, it will stop at the famous destination like Taj Mahal, Jaipur the pink city, and more. It was launched in eighties. It is regarded as the pride of the Indian Railways. You will feel the royal treatment on the Palace on Wheels.

It is a moving 5-star hotel that runs from Pretoria to Durban in South Africa.  Many presidents and kings have enjoyed this luxurious train and the spectacular sceneries on the route. The beautiful journey in a Blue Train will take you through South Africa’s most breathtaking and diverse landscape on its 27-hour journey. The Blue Train offers superb service, dining, and fine bedding accommodations to its passengers on the two nights travel. Passengers will never forget the service and comfort they offered for their rest of the life.

The Royal Canadian Pacific Rail is one of the most luxurious trains of Canda . It has won World Travel Awards in the year 2006. It started its operation in the year 2000, and since then the Royal Canadian Pacific Rail offers luxurious accommodation and spectacular landscapes on its 6 days journey in the Canadian Rockies.  The dining car has tuxedoed waiters, crystal and fine china, and provides superb cuisine and wine. It passes through some of the most beautiful destination like Yoho and Banff National Park. 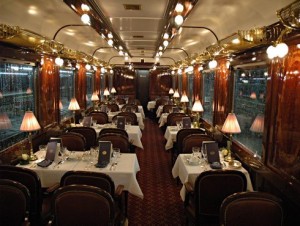 The Oriental Express is one of the most luxurious train experience in Europe. This train has services in several routes in entire Europe. It offers one of the most beautiful and breathtaking landscapes of Europe all its way. On the Istanbul to Venice route, the luxurious train stops in some of the most astonishingly beautiful cities like Vienna, Bucharest, Budapest, and Venice. Passengers of the Orient Express offered a personal steward in all of its restored vintage rail cars.

The Golden Eagle is the Russian luxurious train which runs from Moscow to Vladivostok. It covers 5,800 miles journey in 14 days with stops at Kazan, Irkutsk, Lake Baikal, and Khabarovsk. It features 12 new suite sleeping cars with 5-star comforts. The Gold Class cabins offers power showers, under floor heating, a DVD/CD player, LCD screen in its 77 sq ft suites. The Silver cabins are 60sq ft suites with similar facilities.