Most Haunted Places in America 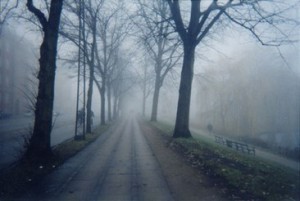 We are always mesmerized by the stories of the real haunted places. Whether you believe it or not visit to these places surely entertain you and ignite your imagination. Here are the lists of few most haunted places of America which is worth visiting.

Alcatraz also known by the name “Rock” was once an island of extreme US prison located in San Francisco is one of the most haunted places of America. Still people hear voices and cries and the doors of the cell open by itself. There is tour which will take you by ferry to this abandoned prison.

Haunted Brookdale Lodge is located in the hills of central California, which is believed to have visited by its former employees and guests which has past tragedies in the lodge. There was a fire and other incident like drowning of a young girl.

This haunted Winchester Mystery House is located in San Jose, California. The place is a mansion which was once the house of Sarah Winchester, a widow of gun magnate William Wirt Winchester. It is believed that this mansion is haunted by the souls of the persons killed by Winchester rifles. There is tour conducted for this haunted 160-room mansion.

The story of the haunted Lalaurie House in New Orleans is one of the most popular for its ghost stories. It is considered to one of the most haunted place for more than 150 years. It is believed that the souls of the tortured slaves still wander in this house of 19th-century home of Madame Lalaurie. It was Madame Lalaurie who use to torture slaves in the most unimaginative and inhuman manners.

Bell Witch Farms in Tennessee is one of the most haunted sites of America. The haunting on this site was started in 1817 when the local farmer John Bell started living in this 19th-century farm. It is believed that there was soul of a neighbor of Bell with whom Bell had a bad business relationship. It later resulted in the mysterious death of John Bell in 1820.

This entry was posted in Trip Ideas and tagged America. Bookmark the permalink.