Most Popular Historical Destinations of India 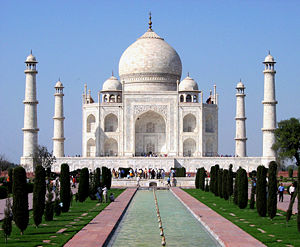 The history of India is very old, rich and varied as the country was ruled by several rulers, empires and dynasties.  Every dynasties and rulers who ruled India left behind their heritage in the form of architectural monuments, palaces, and buildings. The places where they built monuments are of great historical importance in present day India. Visiting these places will make you feel like you went back in to the time of Kings and empires. You will amazed to see the beautiful architecture of some of the most striking and famous historical structure of India. It’s worth visiting the historical places of India which includes forts, palaces, tombs, and much more. The historical sites of India well describe the glorious past of great nation.

Every year millions of visitors come to India to explore its beautiful cities, and heritages. There are several tourism sites and operators through which visitors can book their tour packages. For visitors who are really interested in ancient history of India, here are our lists of 5 most popular historical destinations of India:

Taj Mahal is one of the most beautiful and famous historical monuments of India. It is a landmark of India. Taj Mahal is located on the banks of river Yamuna in the city of Agra. Taj Mahal was built by the emperor Shah Jahan in the memory of his beloved wife Mumtaz Mahal. It is basically a tomb where the body of Mumtaz Mahal is kept. It was built way back in 1630 AD. It was made entirely of white marble and it took 22 years for 20,000 workers to construct this magnificent monument. It is regarded as one of the eight wonders of the world. Taj’s architectural beauty is beyond any description. It looks different during dawn and dusk. It appears most beautiful when the whole architecture of white marble glows brightly on a full moon light. Because of this reason, most visitors timed their visit to Taj Mahal during the full moon. 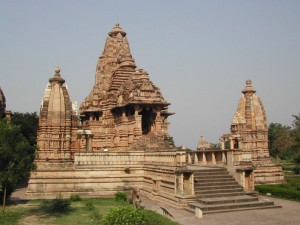 Khajuraho Temples is located in the state of Madhya Pradesh in central India. It is one of the most popular tourist’s destinations for both locals and around the world. Khajuraho is a charming village with very rich cultural heritage sites. The mesmerizing temples of Khajuraho are one of the most exclusive gifts of love to the whole world. It is a symbol of one of the matured society. The temples here are best known for their erotic sculptures. You will not find such exceptionally carved and unique temples anywhere else in the world. The temples in Khajuraho were built in between 950 and 1050 A.D. during the time of Chandel Empire. It is being said that originally there were 85 temples, out of which only 22 exists now. 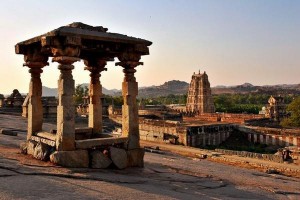 Hampi was the last capital city of Vijayanagar, which were once the greatest Hindu empires of the historical past of India. What now remain of the empire are the ruins, mostly the boulders which are placed all over the place up to 25 kilometers. These monuments comprises of beautiful temples, remains of the aquatic structures, palaces basements, old market streets, royal pavilions,  treasury buildings, bastions, and much more. The ruins are dated back to the 14th century and it comprises of over 500 monuments. Even in its ruined state, Hampi appeals thousands of visitors every year. It is located in the state of Karnataka in India. It is declared as the World heritage sites by UNESCO. 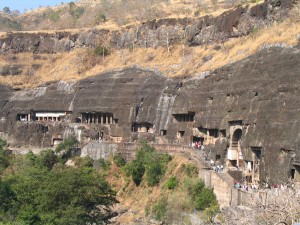 Beautifully hand carved rock on the hillside in the middle of nowhere are the Ajanta and Ellora caves. It is one of the most outstanding examples of the architectural heritage. There are 34 caves at Ellora which are dated back in between 6th and 11th centuries AD. Ajanta consists of 29 caves which are dated back in between 2nd century BC and 6th century AD. The differences between the two caves are that the Ajanta caves are well known for its paintings and sculpture, while the Ellora caves are known for its amazing architecture. The amazing things about these caves are that these are crafted only by hand, with the help of hammer and chisel. The caves are located near the city of Aurangabad in the state of Maharashtra. Although the caves are there from such an ancient time, but it has been discovered very recently in 19th century. 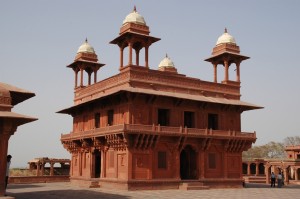 Fatehpur Sikri was once the capital city of the Mughal Empire in the 16th century. It was the very first planned city of the Mughals reign. The palaces and courtyards here were constructed by red sandstone. It offers an amazing architecture which was constructed in between 1571 and 1585. It is also declared as the world’s heritage site by UNESCO.  Fatehpur Sikri is located approximately 40 kilometers from Agra in the state of Uttar Pradesh.