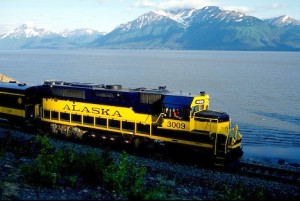 Welcome aboard to the journey of North America’s most scenic train rides. We have captured here the lists of the North America’s most scenic and historic train rides starting from the frozen region of Alaska to the hot and humid state of Arizona. These are the most mesmerizing trip which will take you back in the past in the era of steam engine. Hundreds and thousands of people take ride in to these magical trains every year.

Here are our compilations of the best scenic train rides of North America:

The Alaska Railroad offers passengers some of the most wonderful train ride experience. This scenic train rides give you best way to see the beautiful landscapes of Alaska. The splendid journey of 470 miles starting from Seward to Fairbanks offers striking wild and the panoramic vistas to its guests along with the live commentary delivered by the Alaskan tour guides. It crosses one of the most scenic Denali National Park, Denali State Park and the Chugach National Forest. The Alaska Railroad operates during the summer seasons. It basically runs 2 passenger services namely the Denali Star on the north of Anchorage which runs in between Fairbanks, Denali, Talkeetna and Anchorage and the other one is the Coastal Classic on the south which operates daily between Anchorage and Seward. 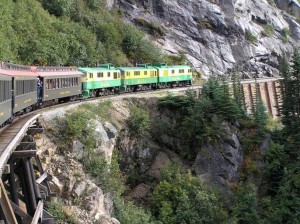 This train ride is historical, as this rail road was built in the year 1898 during the Klondike Gold Rush. It is a narrow gauge railroad which is a landmark of an International Historic Civil Engineering. These routes climb up to around 3000 feet in just 20 miles. The routes have a steep grades up to 3.9%, cliff-hanging turns of 16 degrees, 2 tunnels and several bridges. The train crosses the steel cantilever bridge which was built in the year 1901; it was then tallest of its kind in the world. While riding on this historical rail road ride you will come across many spectacular views of mountains, gorges, glaciers, waterfalls, tunnels, and historic sites on this classic passenger coaches. 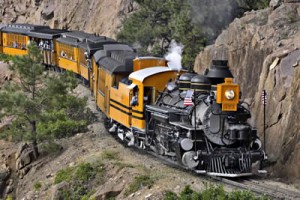 The Durango & Silverton Narrow Gauge railroad route offers some of the most unforgettable experience along the wonderful scenic tour by the Animas River. The railroad arrived in the Durango in the year 1881. This scenic historical train runs for almost 126 years starting from 1879. The scenic route of the Durango starts from the San Juan Mountains and ends where the San Juan River meets in New Mexico.  It offers most spectacular canyon scenery of the Colorado. On its route to Silverton, the train crosses the river 5 times providing the most scenic views to the people on either sides of the train. It passes through the farmlands and old stagecoach roads along its way.

Great Smoky Mountain Railroad offers stunning scenery on its 53 miles track which passes 2 tunnels and 25 bridges along its way. There are varieties of stunning landscapes on its way starting from fertile lands and valleys to mystique river of western North Carolina. 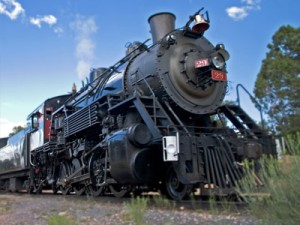 Grand Canyon is one of the seven natural wonders of the world. It was the Grand Canyon Railway in the year 1901 which brought travelers from around the world to visit the south rim of the canyon and feels one of the most majestic places on earth. This railroad was the lifeline to reach Grand Canyon National Park in the early 20th century. Most of the historic structures that you can see today at the south rim are the courtesy of the railroad and the Fred Harvey Company. However, the historic train was almost faded into the past when the passenger service to the park has stopped in the year 1968. By then the automobile travel become very popular in the park. But in the year 1989, the Grand Canyon Railway reborn by the entrepreneurs Max & Thelma Biegert who brought the Grand Canyon railroad back to its life. There are over 230,000 people travels in the Grand Canyon railway per year.  It also offers vacation packages and more. 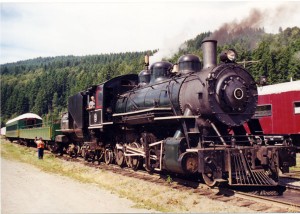 The Mt. Rainier Scenic Railroad is scenic historical train ride in a steam-powered rail operating in the beautiful and evergreen state of Washington. It is an 18 mile scenic ride between Elbe and Mineral which lasts for about 2-1/2 hours. On its way it offers some of the most beautiful views of the volcanic mountain, Mount Rainier and lush green forest, river, and much more. The Mt. Rainier Scenic Railroad is a non-profit organization maintained mostly by the volunteers. 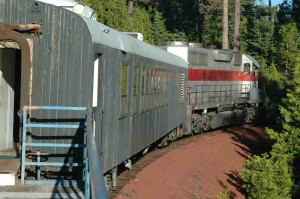 The Shasta Sunset Dinner Train runs on the historic McCloud Railway which has a history back to the year 1897 along the period of early logging era of Siskiyou County. The railroad is built on the southern edge of the 14,162-foot Mt. Shasta which basically connected the busy town of McCloud with the outer world. The passengers of the dinner train will experience the steep grades and the sharp curves over the hill. 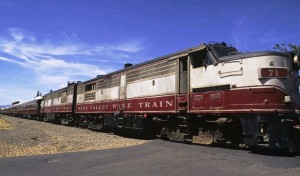 The Napa Valley Wine Train ride is a 37 mile round trip which takes 3 hour between Napa and St. Helena. The passengers of this train can enjoy a gourmet meal for an extra charge. The lounge cars in the train offers a sample wine tasting from the local wines available in the region. You can enjoy the optional tours of Domaine Chandon Winery in Yountville and Grgich Hills Cellar in Rutherford for some additional fee. The train provides several special events all the year round. Few of them are family fun trips, murder mystery dinner theatre, vintner’s luncheons, holiday excursions and appellation dinners. 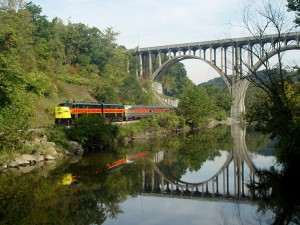 Cuyahoga Valley Scenic Railroad is a fun and adventure filled train ride experience. It is one of the oldest and the longest scenic expedition of the country. The ride passes through the beautiful Cuyahoga Valley National Park along river Cuyahoga and historic Ohio & Erie Canalway between Cleveland and Akron and to the Canton.  The ride offers spectacular meadowland, marsh, river, woods and ravine. 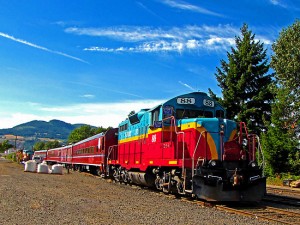 The Mt. Hood Railroad was once the main lifeline for the Mt. Hood valley which carried fruit and other products to the market up till the year 1906. During the year 1920s and 30s, it was used as the commuter service by the locals. And as of now, it offers people one of the most breathtaking landscape scenery of the state of Oregon along the way of beautiful Columbia River Gorge. The Mt. Hood scenic railroad offers a ride between the Town of Hood River toward the Mt. Hood base. There are 4 trip options which include a 4-hour excursion, dinner, brunch, and a murder-mystery themed dinner excursion.

1 Response to Most Scenic Train Rides of North America