The deserted islands of Socotra are actually a beautiful archipelago consists of four islands located 240 miles south of the Arabian Peninsula. The island is so isolated that almost one third of the plants and animals species that are found here do not exist in any other parts of the world. It has been best known as the most alien place on Earth. Although it has close proximity to Africa, but the islands of Socotra is administered by Yemen. This also keeps islands off from most visitors because of the active pirate’s problem in the region. One can find weird barrel-trunked cucumber tree in the island as well as tree which oozes out the blood-red sap. There are Yemeni airlines which has some flights that fly to Socotra from Sana’a and Aden. 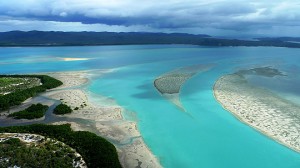 Torres Strait Islands are a group of around 274 small islands located and has been a part of Australia. The island still preserves its tribal culture that differentiates the Aboriginal Australia with the Papua New Guinea. The Great Barrier Reef of Australia is very near to these islands. However, access to many of its islands depends upon the tribal councils of the island. There are permits required to visit the remote islands and which must be acquired at least one month in advance from the Torres Strait Regional Authority. 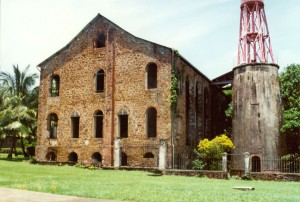 Îles du Salut is a group of three small volcanic islands off the coast of French Guiana. The three islands are Royale, Saint Joseph, and Diable (Devil’s Island). It is better known as the Devil’s Island by the English speakers. The smallest islands of the group of Îles du Salut were the penal colony in the past which was separated from the coast of French Guiana by just around 7 miles but of tough shark-infested waters. Half day tours are available for Ile Royale which leaves from Kourou which is about 15 miles away on the mainland. In this tour, the visitors can see the cell blocks, the guard housing, which has now become a restaurant and inn, the Director’s House, and many other buildings. However, the access to Ile du Diable is strictly prohibited. 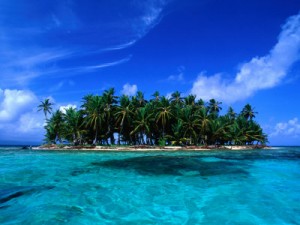 The San Blas are the archipelago which lies along the cost of Caribbean starting from the Golfo de San Blas all the way to the Colombian border. The archipelagos comprises of 378 islands out of which only 49 islands are inhabited by intensely independent Kuna Indians. It is only 20-minutes plane ride from the Panama City, but when you are on the island you will feel like you are centuries back. Tourism is not much developed in this region, because the Kuna Indians who runs the islands avoided the tourism development in their land. The Kuna Indians maintains their own language, tradition, dress, and have their own economic systems. There are regular flights to many islands of San Blás operated by the Air Panama. 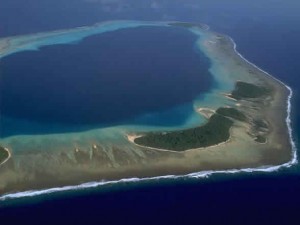 The Penghu Islands are located off the coast of Taiwan are govern under the administration of Taipei. It is an archipelago comprises of 90 islands which offers beautiful scenery and landscapes. It incredibly expresses the real and an unspoiled tradition and culture of Taiwanese. You will find ox-carts, stone walled fields, fish-traps, and ancient temples of Matsu, a popular sea goddess. The beaches here are great for wind surfing, and scenery. The islands experience an excellent weather. The largest city in the islands is Makung, and it is base location to start your exploration to many of Penghu Islands. The warm sunny beaches attract nature and beach lovers alike all the year round. Reaching Penghu islands is easy by air from Taipei, Taichung, Tainan, Pingtung, Kaohsiung, Chimei and Chiayi. You can also get ferry from Kaohsiung or Chiayi.