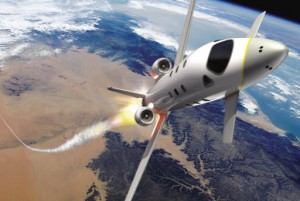 Gone are the days when one have to become an astronaut to visit the outer space. If you have money and fitness you can roam around in the space. Thanks to the modern technologies and ideas. Now the space trips are becoming a major craze in the tourism sectors.

Recently Virgin Galactic has made a commercial space ship and you can book a ticket for outside the earth experience for around $200,000. You will get a spacesuit and join with crew members on a manned spacecraft. After crossing the verge into the outer space, the travelers can start feeling the weightlessness of the 0 gravity. Nothing is more exciting than looking back to your own earth from the space. Those who are interested will have to book a ticket and make a deposit of $20,000 and the names will be then added to the waiting list. Virgin Galactic in October, 2010 made a successful free flight from its mother ship at an altitude of 45,000 feet and landed in Mojave, Ca.

Big aircraft manufacturing giant of the world, Boeing has also announced to offer commercial passengers seats to its crew transportation vehicle. Boeing has signed an agreement with Space Adventures, a space marketing company. It will be designed to carry 7 passengers and it is believed to get ready for operations by 2015. The prices per person for the tickets are not yet confirmed.

Space tourism is going to be very much popular in the future to come. However, it’s going to take pretty long time for the prices to become more affordable for bigger mass of people.